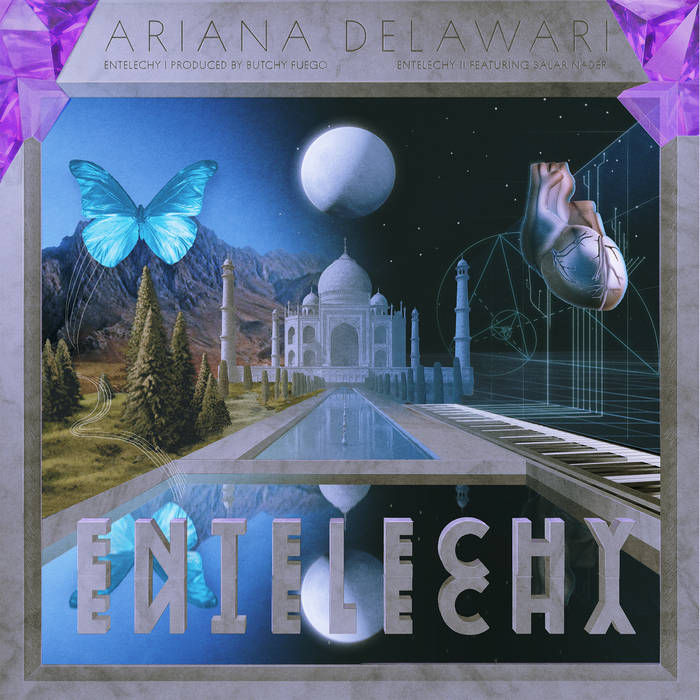 Entelechy, meaning fulfilling one’s potential in Greek, is Delawari’s second full length album. It is a double album. Entelechy I was produced, co-written, and engineered by Butchy Fuego (a.k.a. Electronic artist San Gabriel) and Entelechy II is the same collection of tracks presented as acoustic and un-produced featuring Salar Nader – a fellow Afghan-American and a famed virtuoso of the tabla.

“A honeyed vocal style that belies the weight of her subject matter: war, freedom, social change.” – The Village Voice

“Impressive: Entelechy I’s rich warmth and lack of gimmickry, the non-quaint immediacy of its counterpart, the high standard of songwriting throughout, and the sturdy beauty of Delawari’s voice, particularly on Entelechy II.” – The Vinyl District

Bandcamp Daily  your guide to the world of Bandcamp